The Mirissa Central College utilized as an isolation center for SLCG personnel with the outbreak of Covid -19 pandemic in the country handed over to principal on 13th June after disinfection.

After a naval person on leave diagnosed positive for Covid -19, the Ministry of Defence has directed to recall all armed forces and SLCG personnel on leave and provide alternative accommodation until situation eased up. Accordingly, Mirissa Central College was utilized as an isolation center for recalled SLCG personnel from CG Southern region under the supervision of area health officials. The Zonal Director of Education and the Principal of Mirissa Central College extended their fullest cooperation in this endeavor.

With the improvement of the Covid 19 pandemic situation, all SLCG personnel isolated at Mirissa MMV vacated on 10th June and handed over the School to Principal Mr Manjula Ranasinghe on 13th June after disinfecting premises as per stipulated health guidelines under the supervision of Superintendent of Public Health Inspector, Weligama. 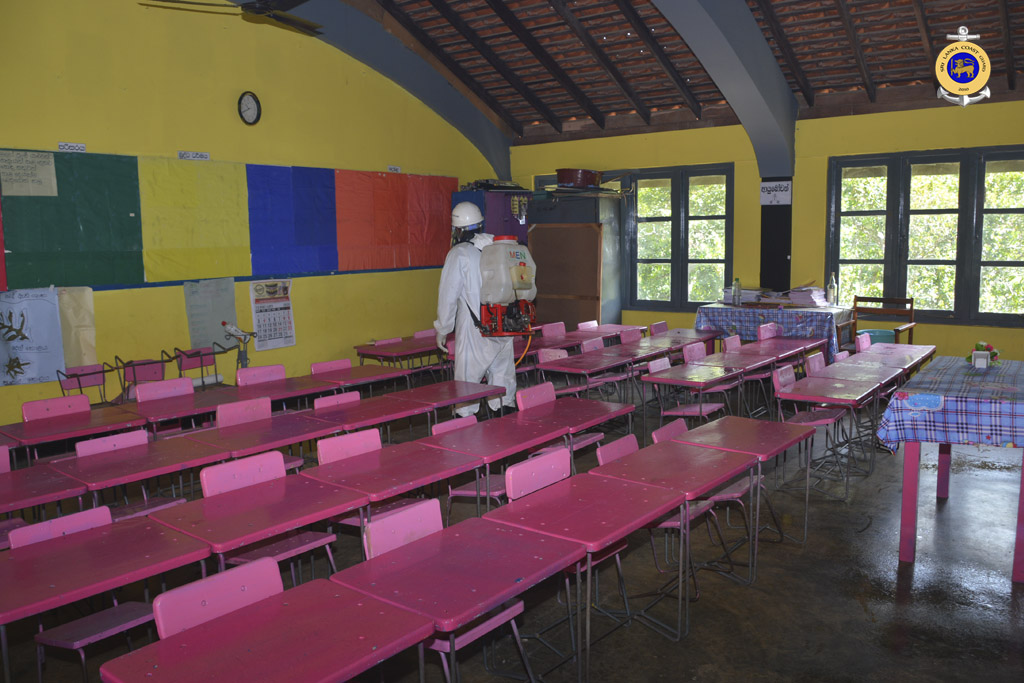