Maritime Safety and Marine Environment Protection are major roles entrusted with Sri Lanka Coast Guard (SLCG) among its extensive service as a law enforcement authority at sea. Since the fire erupted, onboard MV XPRESS PEARL, SLCG is actively engaged with fire fighting efforts and to minimize impact on marine environment of Sri Lanka.

Initially, assessing the damage occurred on marine environment and investigating the impact on the coastal environment were accomplished by the SLCG. Eventually, special security arrangement including coastal patrolling from Dikowita to Chilaw and Wellawatte to Panadura where likely to gather more debris from the distressed ship was executed by Coast Guard personnel attached to Western Region. Over 5,000Kg s of debris were gathered from affected area on 26th and 27th May 2021.

Similarly, SLCG has taken steps to respond oil spill by stationing two Fast Patrol Vessels, SLCGS Samudraraksha and SLCGS Samaraksha which have limited Oil |Spill Response capabilities at Port of Colombo. Oil Spill Response teams with response equipment have been deployed at identified environmentally sensitive areas to engage an oil spilling in case of reporting such situation in the area. Booms were laid in important hot spot areas such as entrance of Negombo Lagoon to minimize damages to marine environment.

Continuous beach assessment and cleanup are being conducted by SLCG to minimize threat to marine environment from Moratuwa to Ma-Oya Moya. 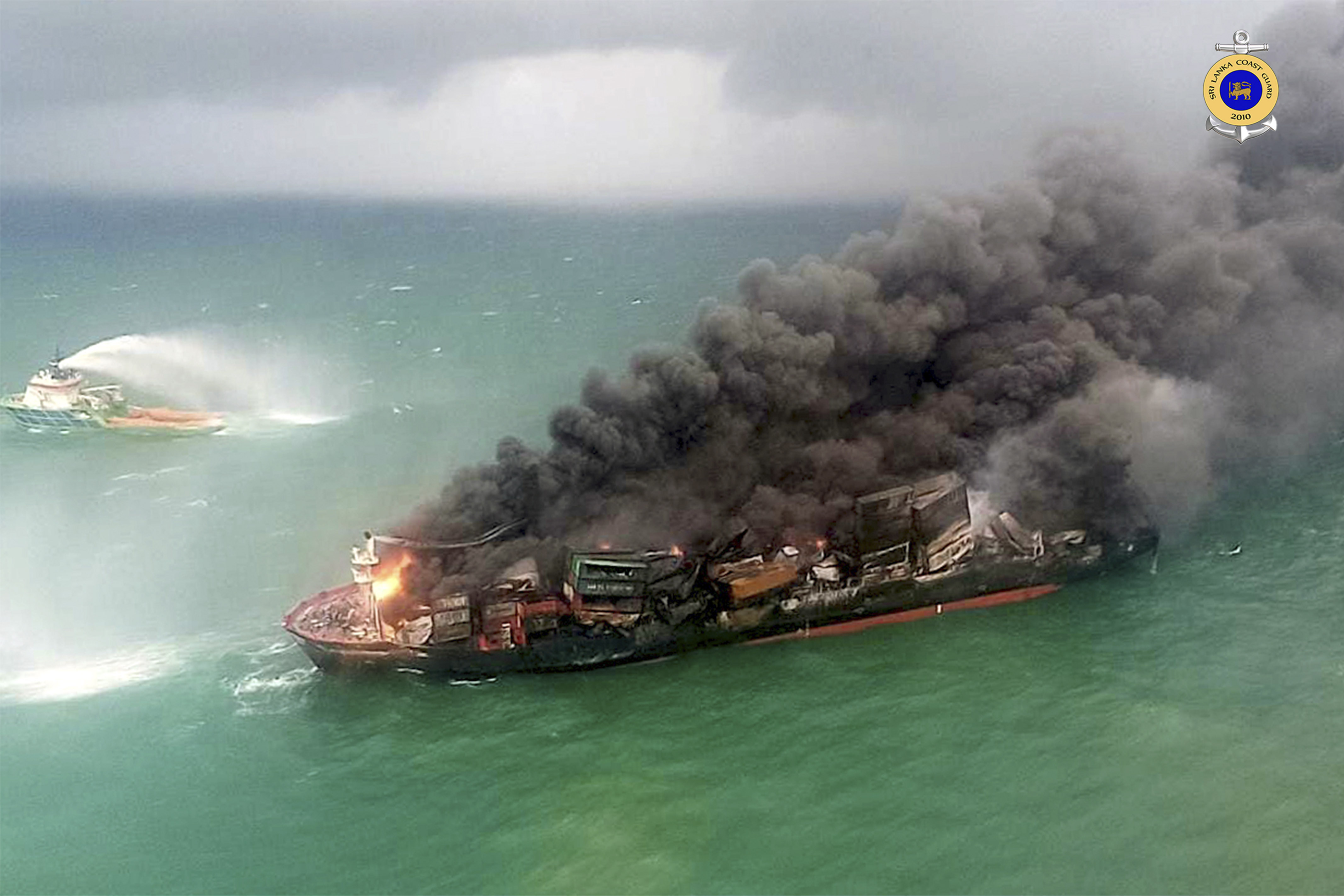 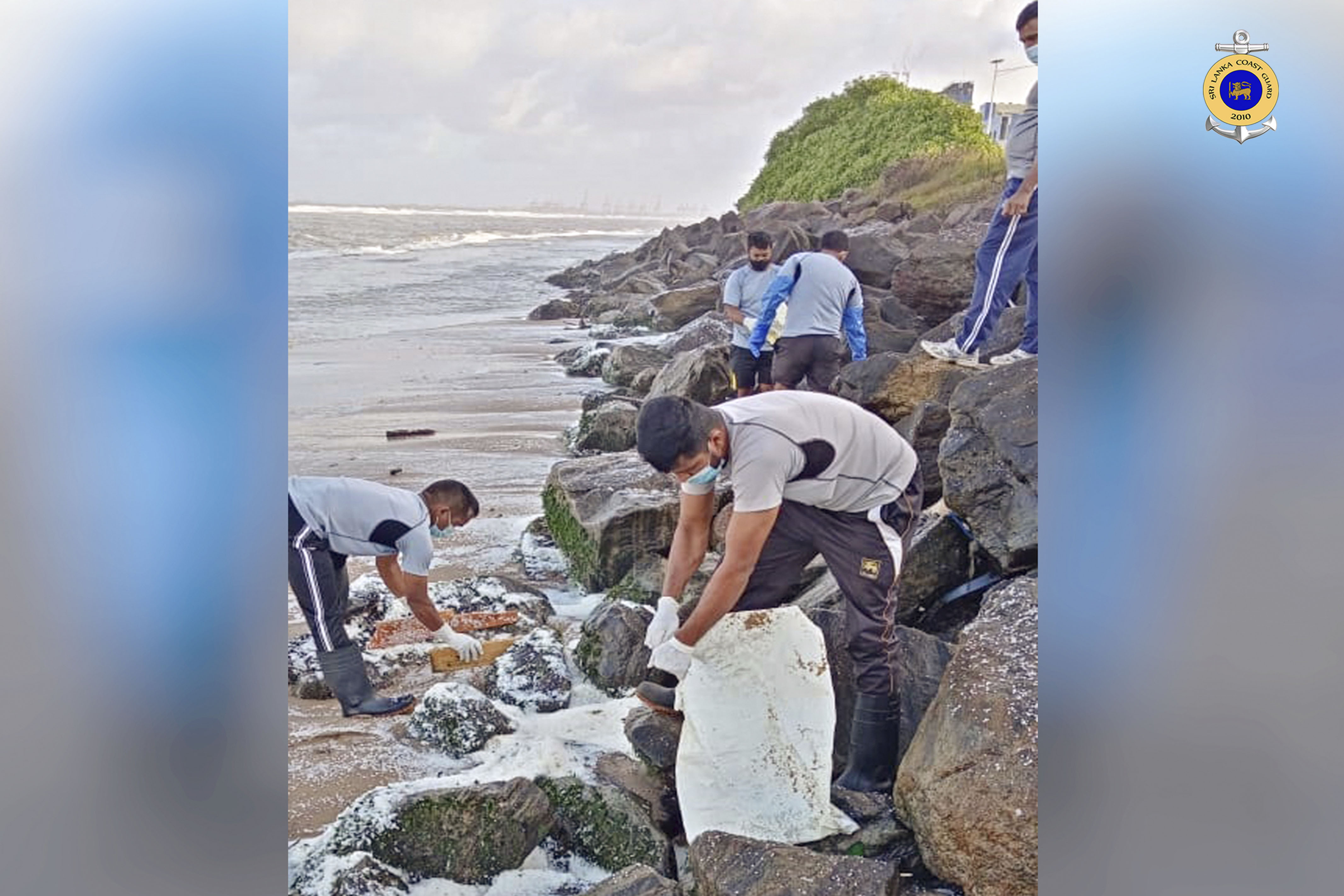 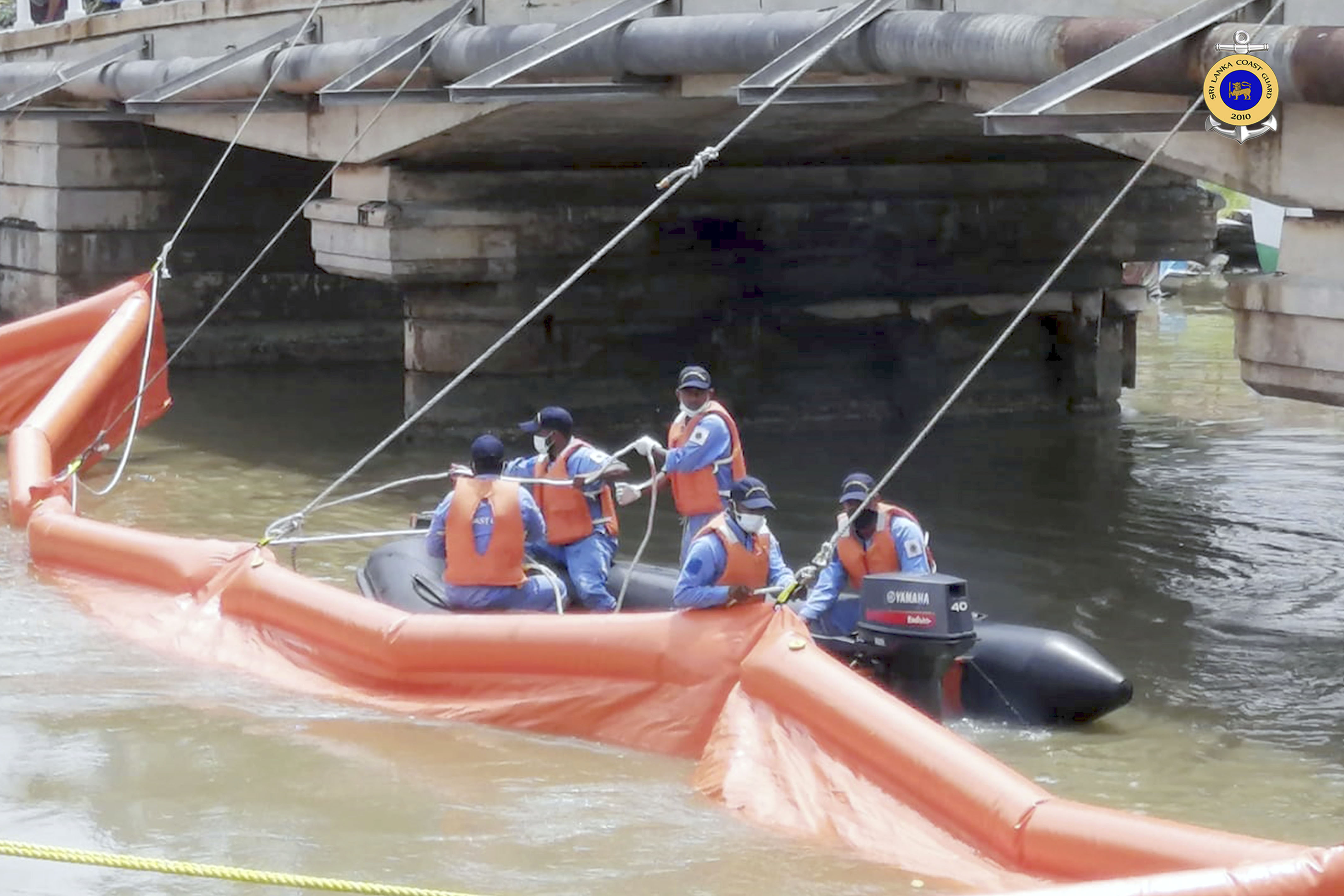