Two Hundred and forty six (246) baby turtle hatchlings came out from 369 turtle eggs which were conserved in SLCG Rohana at Mirissa. They were released safely into the sea on PM 23rd March 2022 and this rare incident was witnessed by many foreigners in Mirissa beach. Under the Coast Guard Turtle Conservation Project (CGTCP), every effort has been made to conserve turtle eggs in or around their natural egg laying nests to ensure safety and natural habitat.

As of today, the Sri Lanka Coast Guard released 3380 turtle hatchlings into the sea and is conserving 11418 turtle eggs in hatcheries and nests close to the SLCG Life Saving Posts/ Establishments as a part of the duties and functions of the SLCG to assist in the conservation of endangered marine species. 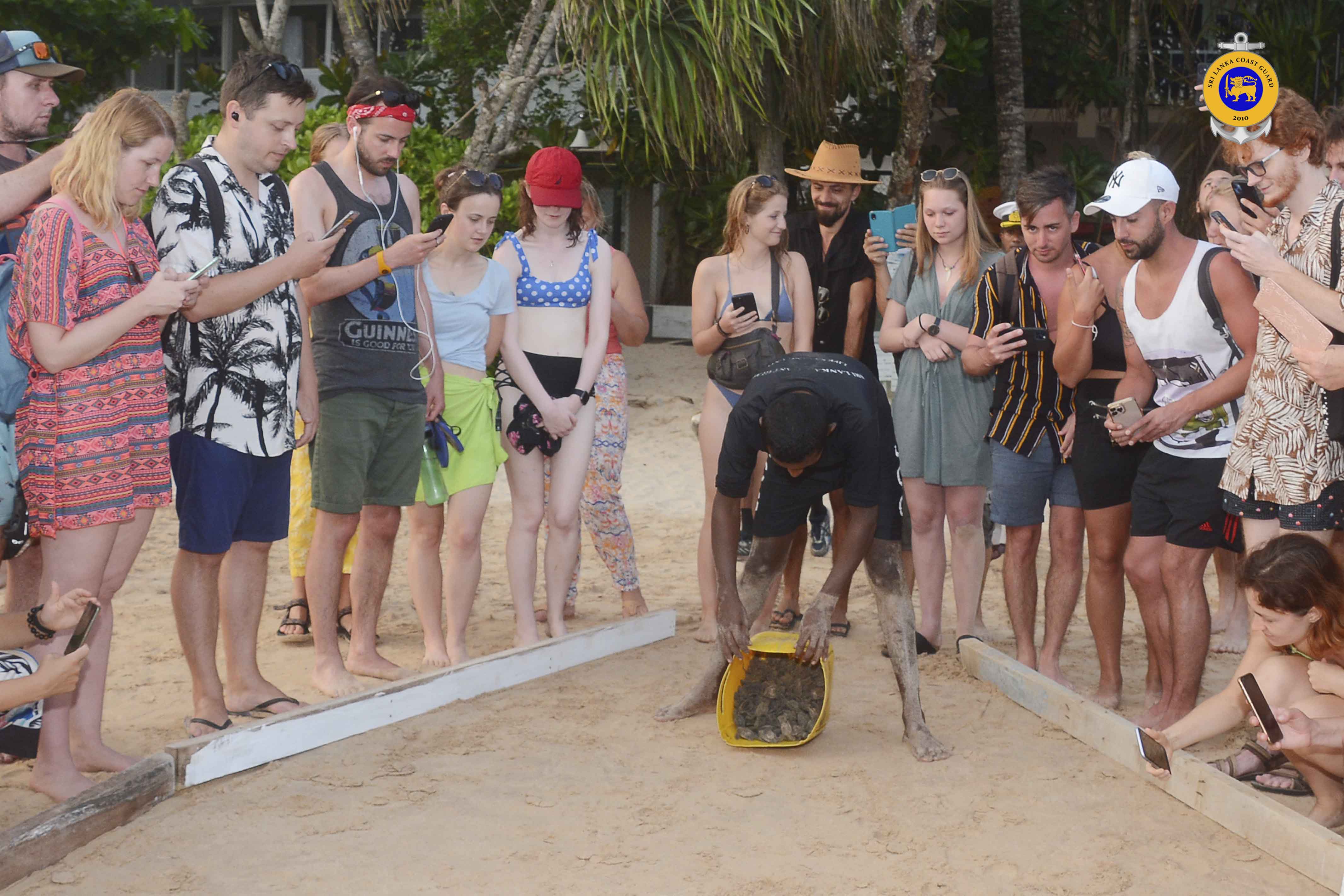 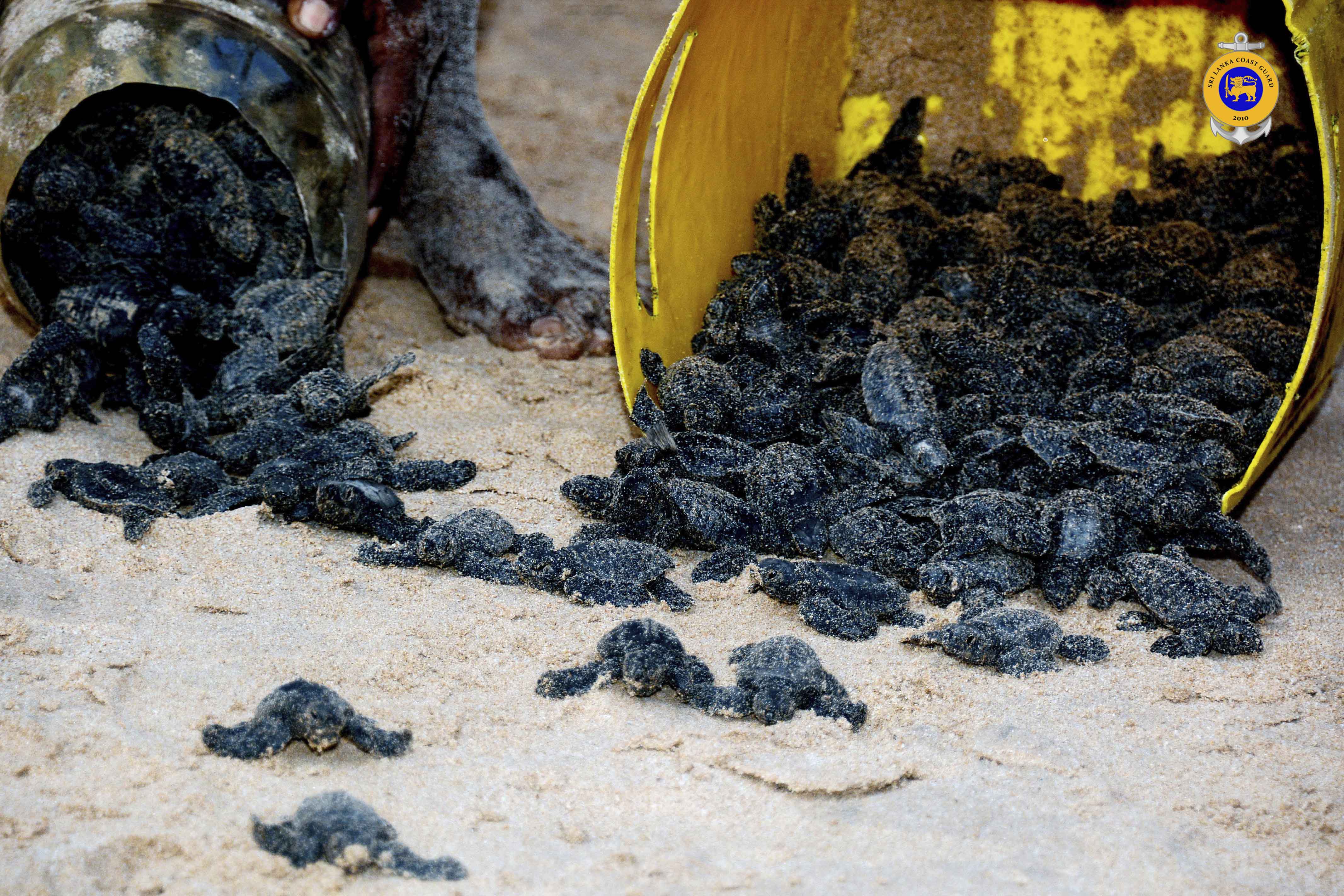 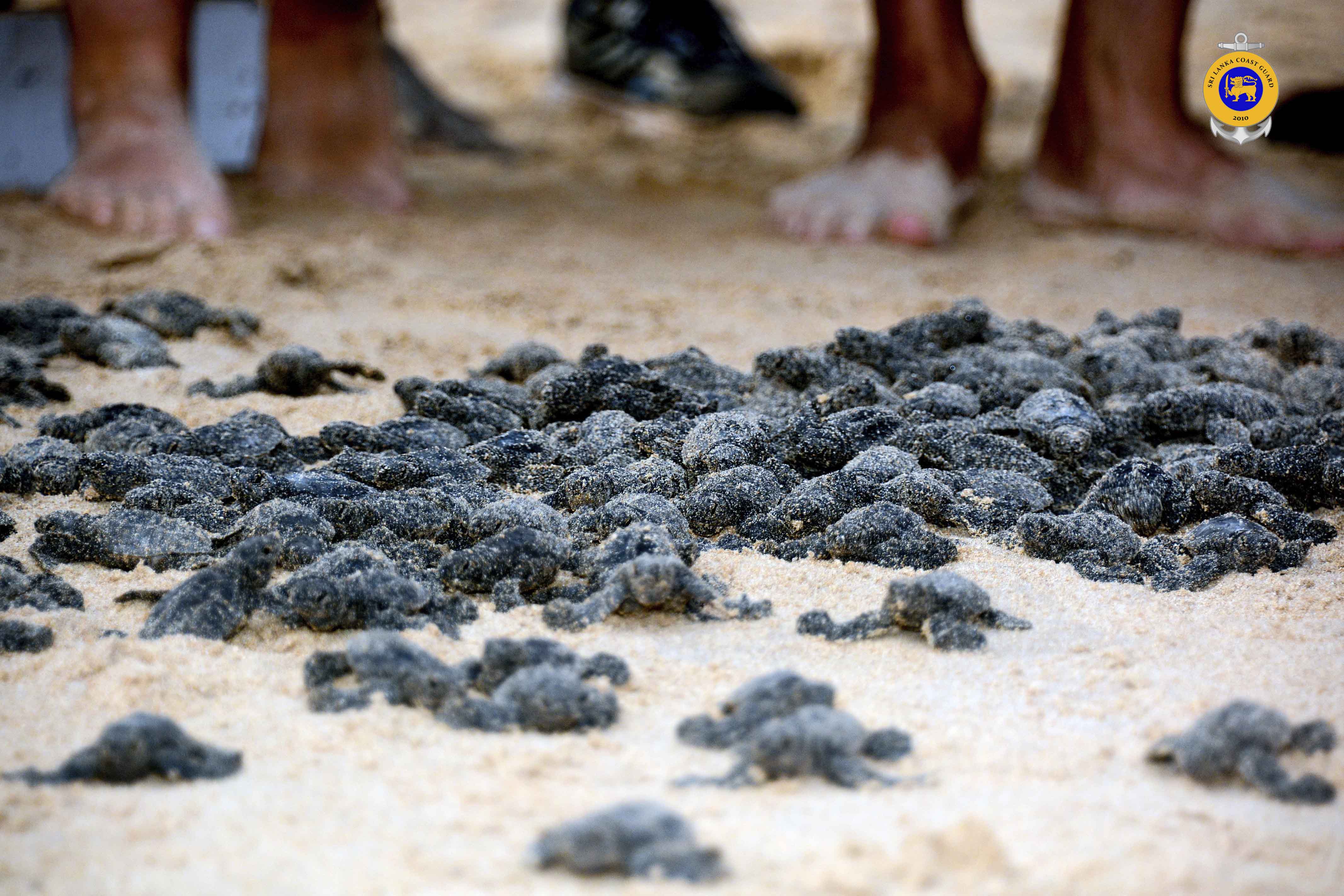 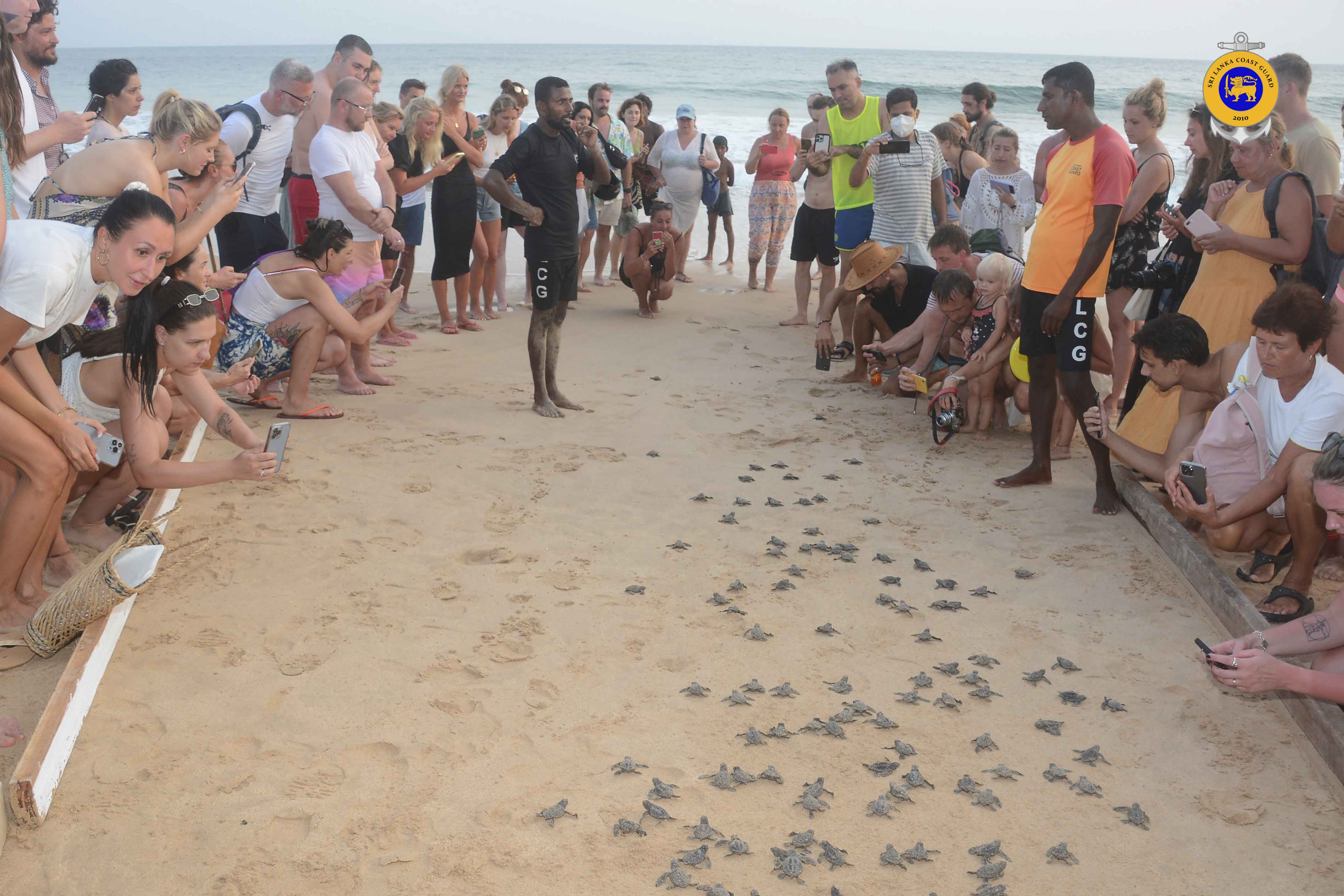 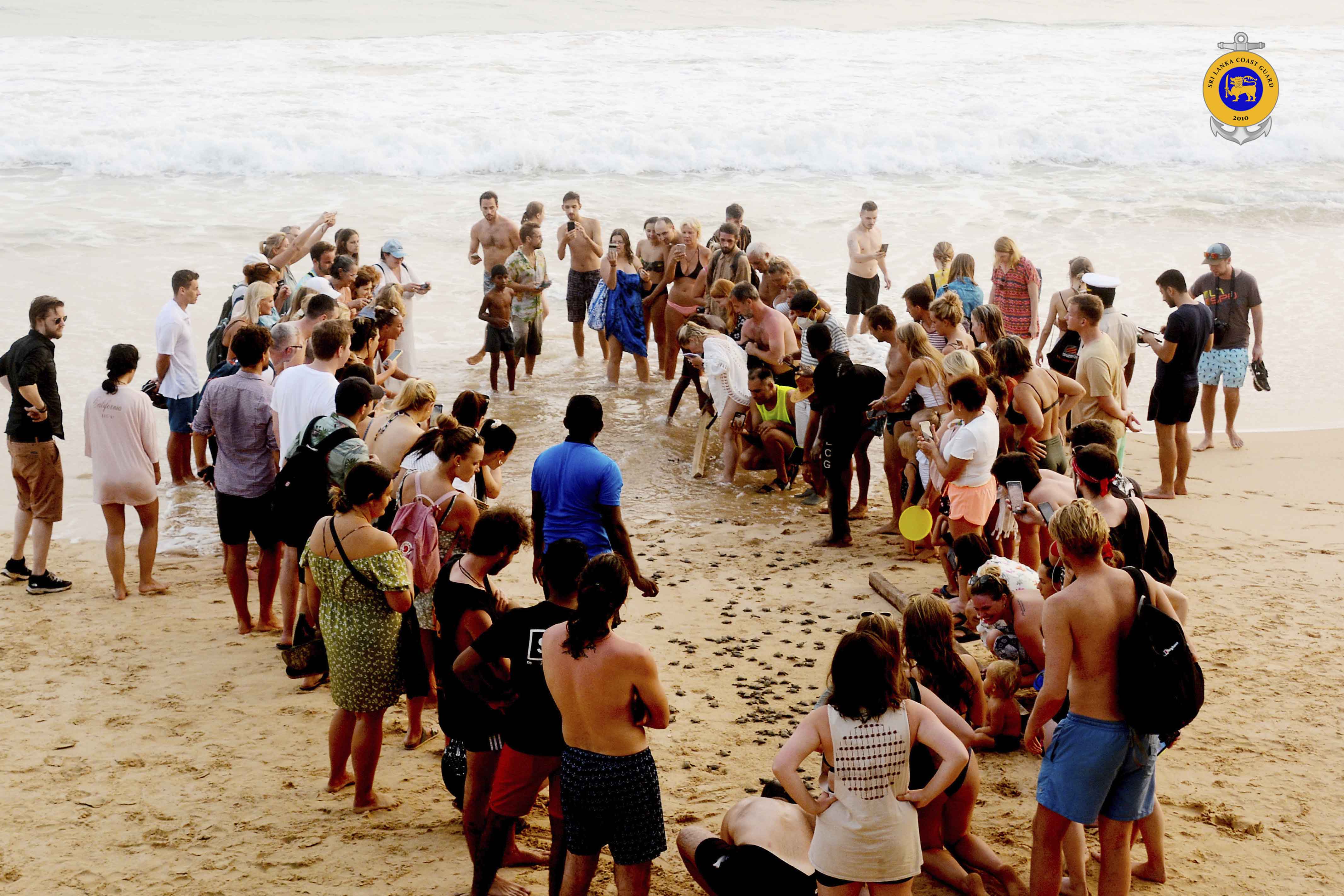