The apprehension was done during a search operation carried out on board a Multiday Fishing Vessel which was returned harbour after month long fishing. Apprehended items had been hidden in a compartment as they were found by the Coast Guard personnel. The retaining on board, transshipping or landing the ‘fins of any shark species’ is an offence under the Shark Fisheries Management (High Seas) Regulations, 2015.

The arrested persons with apprehended items were handed over to Fisheries Inspector, Mirissa Fishery Harbour for onward legal actions.

Similar type of apprehensions have made by the Sri Lanka Coast Guard personnel deployed at Suduwella and Mirissa fishery harbour a month before. 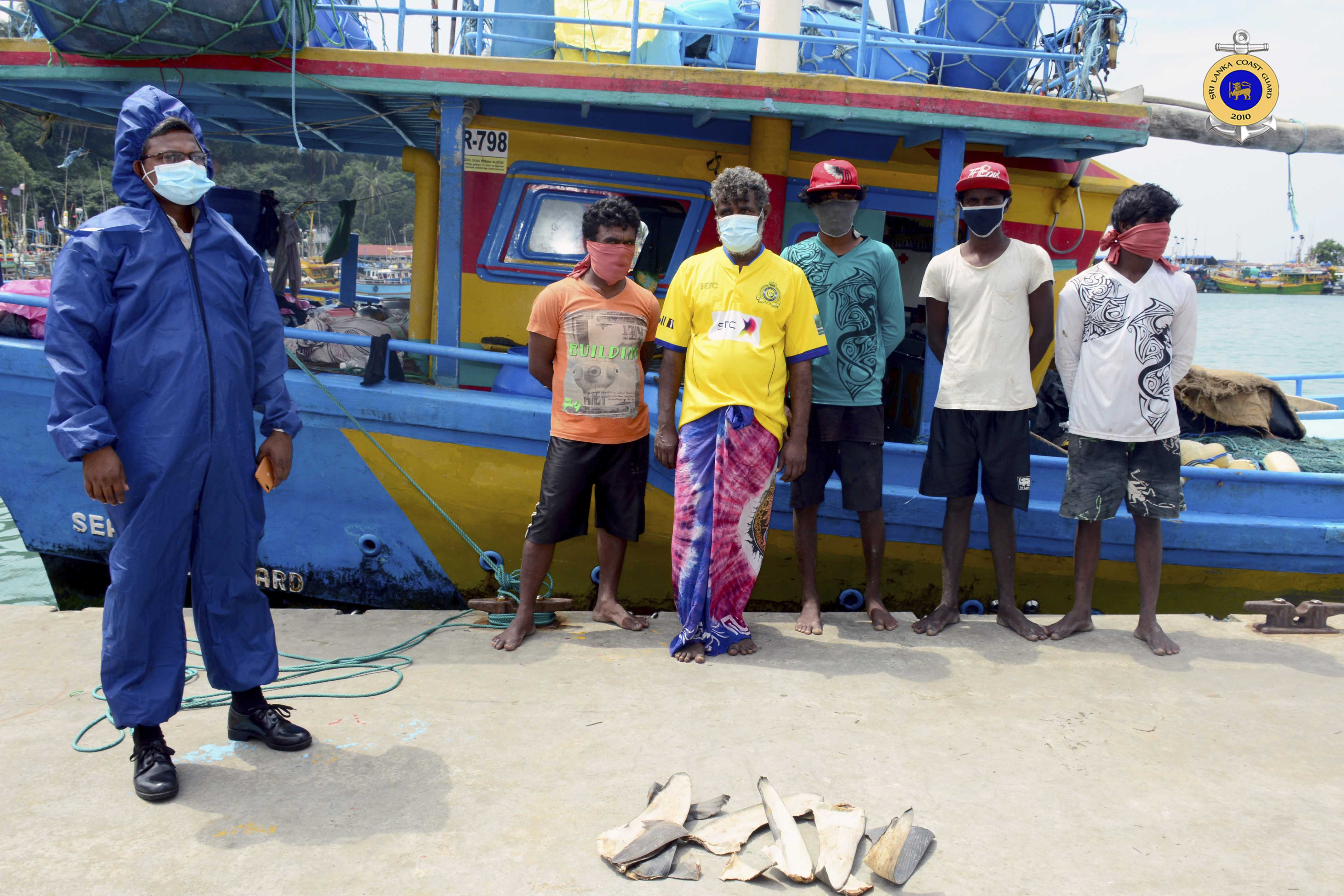