Sri Lankan waters are home to an amazing array of plant and animal life. While coastal ecosystems are typically associated with coral reefs, shipwrecks, which have been unintentionally scattered in the sea, also transform into unique habitats for many marine flora and fauna that find refuge in the various nooks and crevices.

Among such animal lives, Sri Lanka Coast Guard has initiated protecting endangered species specially Turtles Therefore, Coast Guard Turtle Conservation Project (CGTCP) was launched in September 2012 with the purpose of preserving and raising the awareness of sea turtle conservation in Sri Lanka. Further, the Sri Lanka Coast Guard action plan includes providing scientific data related to turtle behaviours (nesting, hatchlings, feeding, mating) to those who are conducting researches on these endangered species. The CGTCP is located at Mirissa beach (adjoining Coast Guard Station Rohana) which is considered as one of the most suitable locations for turtle nesting.

Among many different varieties of this species, only eight of these ancient reptiles are found living today. Out of eight, Sri Lanka is famous for five kinds of turtle species including Green Turtles, Leatherbacks, Olive Ridleys, Hawksbills and Loggerheads who regularly visit the sandy beaches to nest in Southern beaches of Sri Lanka including Mirissa beaches.

Now this project has become a more popular specially among tourist those who note it as a key event to witness during their visit in Sri Lanka. The CGTCP is expected to further expand within the coming few months and thereby provide opportunities for the public to acquire knowledge on this important species

The Sri Lanka Coast Guard, by not restricting turtle conservation to the Southern region only is expanding its projects to the Western region as well by creating hatcheries close to all lifesaving posts in the region covering Wellawatta, Dehiwala and Mt Lavenia.

The Coast Guard TCP is aimed to devise and facilitate sustainable marine turtle conservation through education, research and community participation. One of the most important activities of the project is its hatchery. Within the sanctuary of the project, collected and rescued eggs can hatch safely away from the threats from predators before being released into the sea at night time. In addition, a certain number from each hatching is kept back for a short period for 'head starting' before release. The hatchery is designed to maximize hatchlings reaching the sea and surviving through the critical stages of their early life.

Sri Lanka Coast Guard is extending its horizons in conserving turtles from breeding grounds to safer seas by educating fishing and coastal communities through conducting awareness programmes and releasing captured turtles from fishing boats and traps out at sea. Its hatchery produced hatchlings are released at particular times and it has been recognized by both local and foreign visitors who have witnessed the dedicated effort of Coast Guard personnel upon this project. Further, Sri Lanka Coast Guard warmly welcome foreign and local visitors to experience the thrill of returning thousands of baby turtles to their ‘homes’ in the ocean

Turtle Hatchery as per region since January 2020 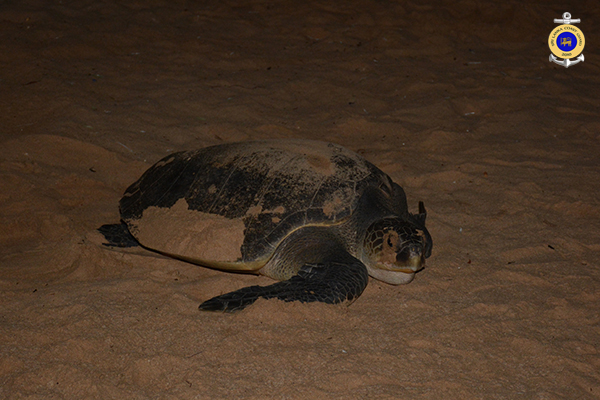 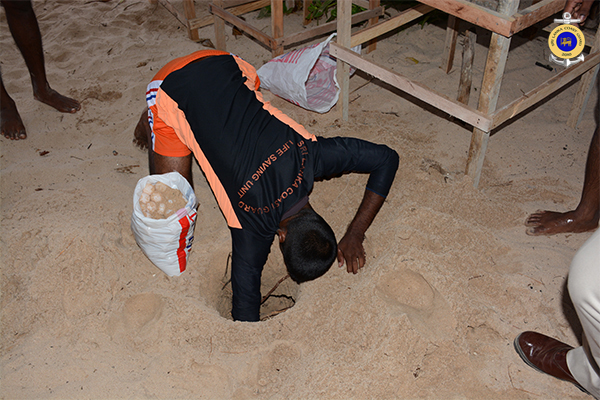 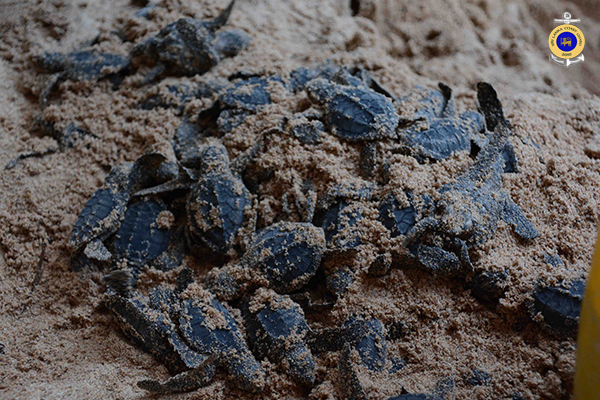 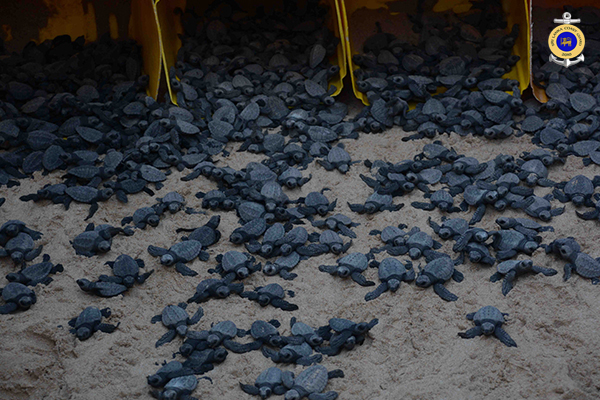 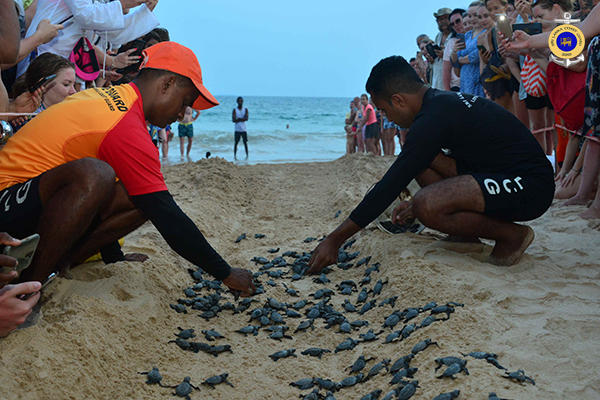 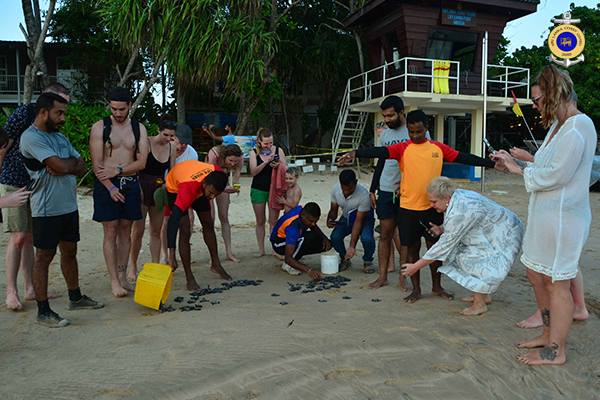 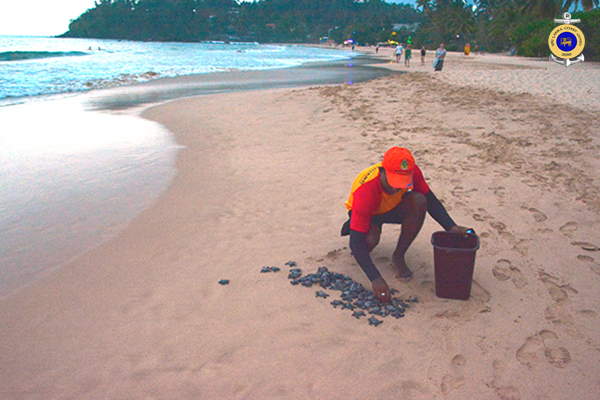 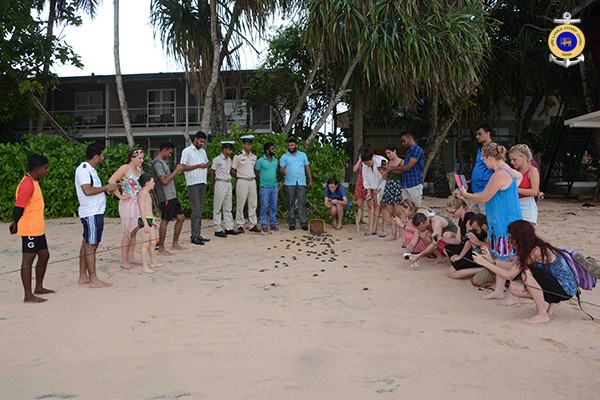 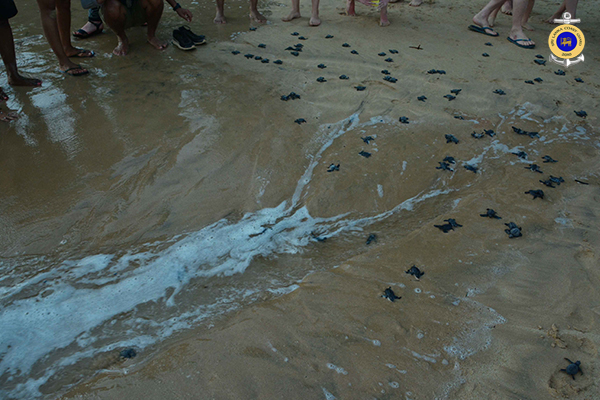 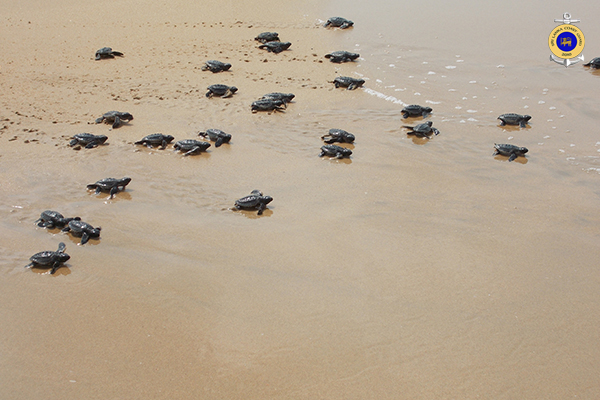 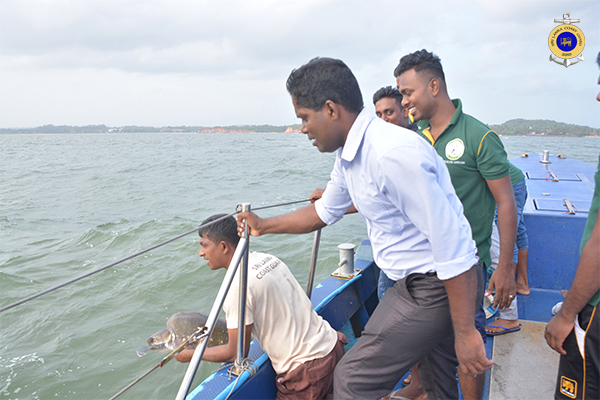